Desperately Seeking Civility in Our Schools

by Jamie Edward Ciofalo on November 4, 2018 in Bullying Prevention • 0 Comments

Call a Spade a Spade

First, one must not attempt to smooth over the jagged, razor-sharp edges of bullying behaviors and must be willing to call a spade a spade. Bullying in all forms is targeted aggression—plain and simple.

Bullying is not an adolescent rite of passage. Bullying is not a character-building experience. Bullying prevention programs are not “softening” children. On the contrary, experts believe that bullying behaviors, in addition to all forms of aggression, have the potential to cause or exacerbate mental, emotional and somatic disorders.

Additionally, bullying behaviors pose as a major risk factor for poor physical and mental health and reduced adaptation to adult roles including forming lasting relationships, integrating into work and being economically independent.[1]

Lastly, no parent—no family—no school—no community should ever have to grieve the loss of life as a result of murder or suicide related to bullying behaviors.

Incivility is a behavior. Most behaviors are learned through modeling. Children model the behaviors of adults. Naturally, as a society’s collective behavioral temperament trends toward incivility, it should be of no surprise to adults that incivility among children, adolescents and young adults will rise as well.

The definition of civility refers to politeness or etiquette. When you do not really like someone very much but you manage to treat him politely, greeting him and behaving in a socially acceptable way, this is an example of civility.[2]

Popular adages have existed for over 2,000 years for the purpose of teaching civility to children, such as, “do unto others as you would have them do unto you.”  And, “if you have nothing nice to say, don’t say anything at all.”

These adages are more than folky quotations for inspirational memes and coffee mugs, they serve as the foundational stones upon which the pillars of a civil societies are constructed. Strip away the utopian notions of civility as a world where unicorns gallop through flower-filled fields beneath rainbow skies and embrace it for what it is—as a means for the preservation of a functional society.  The evolutionary function of civility is not reinforced by kindness for the sake of kindness. The evolutionary function of civility is to minimize the expenditure of valuable resources (i.e., human capital, natural resources, etc.) that are required to defend one’s family/clan/tribe, etc. from a competing family/clan/tribe.

Incivility in Our Schools 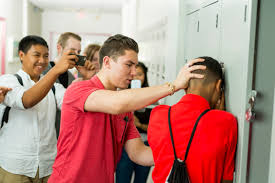 In relation to incivility and bullying among elementary and secondary students, the evolutionary function of civility exists in the form of social identity, group membership and group rank. The journey from preschool to high school is rife with spartan-like socially-charged aggressions. Anyone who is uncertain of this claim need only to attend an elementary age competition of any kind or visit an elementary school playground during recess (the latter is ill-advised without the express consent of the school’s administration).

Elementary and secondary students are either searching for a social identity, jockeying to gain membership in a group, and at minimum, establishing an alliance with a ranking member of a group. Take for example the middle school phenomenon. Imagine a school district that has four neighborhood elementary schools each with grades Kindergarten through five. Each school’s students have from Kindergarten through Grade 5 to establish their social identities, groups and group roles. The school district has one middle school. Each year, all of the Grade 6 students from each elementary school converge at the middle school. Essentially, the Grade 6 social deck of cards is shuffled leaving its players frantically maneuvering to find their middle school social identity, group membership and group rank among a larger, more competitive pool of peers. This may be why middle schools typically have the highest rates of interpersonal conflicts and incidents of bullying. The alpha group members from each elementary school are metaphorically dumped into the grade 6 school yard and left to their own devices to establish dominance and social order.

Unfortunately, elementary and secondary students are not developmentally equipped to manage even the simplest forms of interpersonal challenges. Most do not possess the emotional intelligence or interpersonal skill set required to analyze an actual or perceived threat, develop a strategy and implement a threat response, or to take the civil course of action and ignore the threat after conducting a strategic cost analysis of the risks and rewards associated with a response. Most elementary and secondary students are highly impulsive and motivated by fear, so, when confronted by an actual or perceived threat to one’s established social identity, group membership or group rank, one’s natural response is to eliminate the threat—to lock one’s sites on the target and annihilate it. Hence, the high rate of bullying behaviors and acts of incivility among elementary and secondary students.

It is also the responsibility of the adult members of the school community to serve as models of civility to their students. Adult members of the school community who engage in aggressive, hostile, demeaning, or discriminatory behaviors while in the presence of students or on social media are only reinforcing the problematic behaviors of their students by serving as models of moral inconsistency—asking student to do as they say and not as they do.

So long as national and local leaders engage in public displays of incivility, so shall our elementary and secondary students. Our elementary and secondary students are desperately in need of models of civility. It is the responsibility of the adult members of the school community to rise to the challenge and serve as models of civility for the benefit of our most valuable resource—our children. 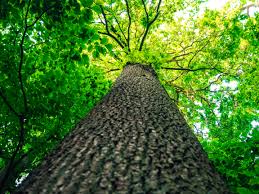 The moral of the story…

Leaders do not bring success down to their level, they climb to meet success at its level. Leaders do not chop others down with insults, rumors or sabotage, leaders roll up their sleeves and work harder to climb higher.

← Protect the Rights of LGBTQ Students